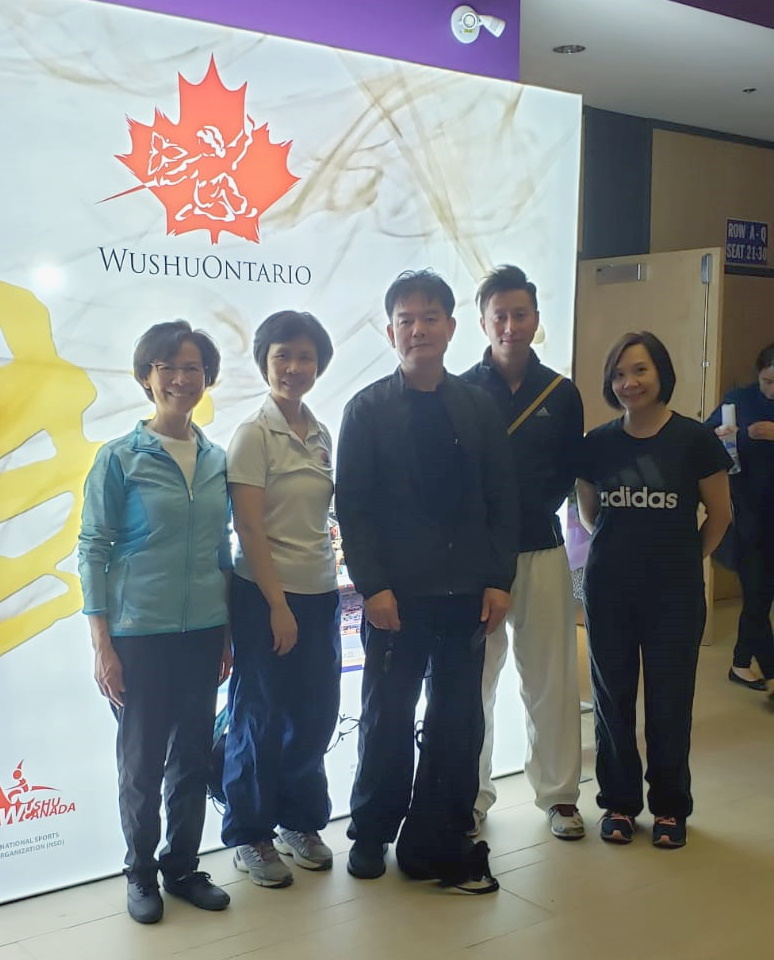 The intent of this event was to showcase the many different types of Chinese Martial Arts.  Included amongst these different styles of martial arts are:

In addition, Master Bao Sen Liang along with Henry Wan injected a side performance of Push Hands which is the interactive application of the tai chi skills in close proximity engagements.

The performance kicked off with Master Liang demonstrating Hao style tai chi. Practised by few people, even in China, Hao is the least popular of the five styles. The Hao style puts a strong emphasis on internal qi. Practitioners learn to focus internally and make significant internal movements to trigger subtle outer movements. From the outside, the movements may look quite similar. From the inside, advanced ability and experience are required to execute the degree of internal control of the dan tian and qi to execute this advanced style of tai chi.

Then, instructor Aileen Wong joins the performance in progress. Together, the four instructors demonstrate Wu style tai chi.  Wu style is unique in its emphasis on the extension of the body by leaning forward and backward rather than remaining upright.  This characteristic makes it unique from the other styles of tai chi. The back leg serves as a counterbalance, allowing for added extension without losing balance.  Wu style is the second most popular style practiced in the world today.

Last but not least, instructor Helen Lau joins the group on stage to perform Yang style tai chi. Yang style is by far the most popular and widely practiced form of tai chi. The Yang family style of tai chi is characterized by its slow, gentle, flowing movements; expanding and contracting the body using large sweeping movements.  We encourage new students to learn either this form or the Chen style of tai chi after a semester of acquiring core skills in our introductory tai chi basics class.

As an added treat to the performance, Master Liang and Henry Wan breaks away from the main performance to demonstrate push hands. Push hands is done with two people in constant contact with each other. Each person in the push hands engagement is moving to unbalance the other person. Movements flow continuously as the two partners advance and retreat in sync, matching each other in distance, pace and pressure.

It was an enjoyable evening watching all the various kung fu masters perform. The performance by Master Bao Sen Liang with his instructors was especially memorable.  We’re proud of our instructors here at Ji Hong Tai Chi and how much these performances demonstrate their depth of skill and proficiency in tai chi.

If you are interested in acquiring this depth of skill in your own tai chi practice, consider joining the Ji Hong Tai Chi & Qi Gong community of practitioners and instructors and expanding your own depth of knowledge with us.